QuinLED-Quad is a 4 channel WiFi PWM dimmer. It’s design goal was keeping the footprint/size as small as possible while still enabling 4 high-power channels so you can run 4 independent LED strips or use it to power a RGBW strip. It also has several GPIO and power pins exposed to hook up switches, sensors or anything else you would like. 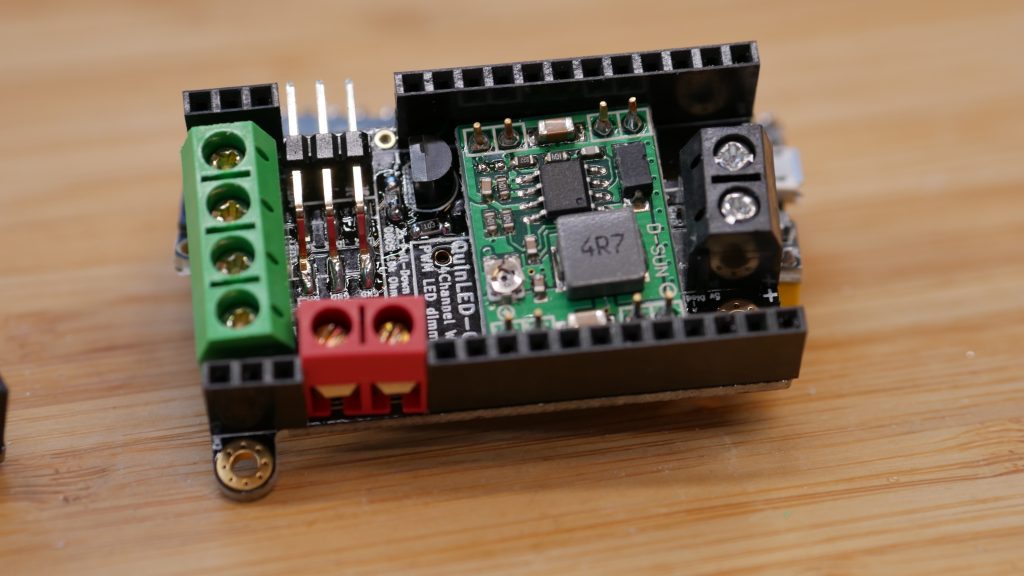 Power handling depends on the amount of copper that is applied to the PCB. Generally these values are 1OZ by default or 2OZ if you pay extra. Depending on your needs you need to select the right amount of copper you need in your boards.

You can find common wiring diagrams for the QuinLED-Quad over here.

The QuinLED-Quad uses an auto-scaling DC-DC converter for it’s on-board electronics. Currently the on-board voltage converter can officially accept a maximum of 28v. In the future I will be running tests beyond 28v. Since we aren’t using the converter anywhere near the limit it probably can be used up to 36v but more test are required! It requires a minimum of 6.5v to operate correctly.

*If you need to use a higher voltage, take a look at the QuinLED-Deca, it’s suited for up to 50v!