2021-07 Everything in stock, both WorldWide and DrZZs (US local)!
Don’t know what a QuinLED-Dig-Uno is? Click here for the introduction video!

Are you looking to run the excellent WLED software but don’t want to cobble together an ESP8266 with some loose wires, do the soldering or maybe want a bit safer setup? The Pre-Assembled QuinLED-Dig-Uno makes it easy, just screw in the power and LED wires and plug it in! The QuinLED-Dig-Uno comes out of the box with the WLED software already flashed so it’s really as easy as just hooking up the wires to the screw terminals! 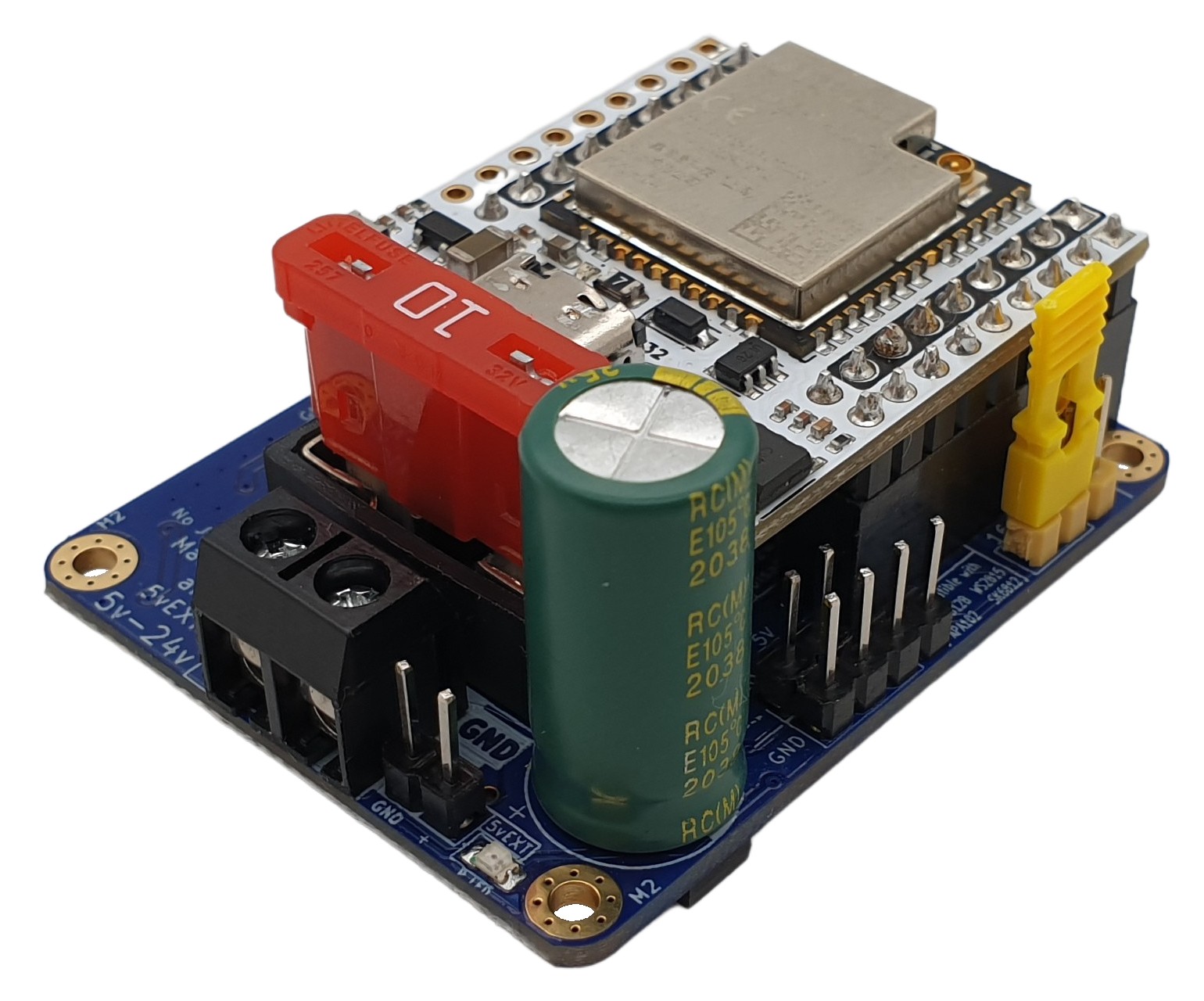 What you are getting:

Canada unavailable until further notice, suggested to order from WorldWide for now!

I am working together with DrZZs to offer this board. The main store I am selling from is the international store through the allnet.china store and they service the whole world. But if you are in the US, DrZZs will have local stock! Since he ships out locally, shipping costs for you should be lower and you should also get it a bit quicker, so as long as he has stock, I would recommend order locally!

Next to your board you are of course also going to need some LEDs! Check out my article about What Digital 5v/12v RGB(W) LED Strip to buy and other forms of Digital RGB LEDs (Christmas lights, panels, etc.)! And if you also need a power supply, check out selecting the appropriate power supply. And last, but certainly not least, if you need some extra wires or coupling blocks or something like that, check out the tools and equipment topic! 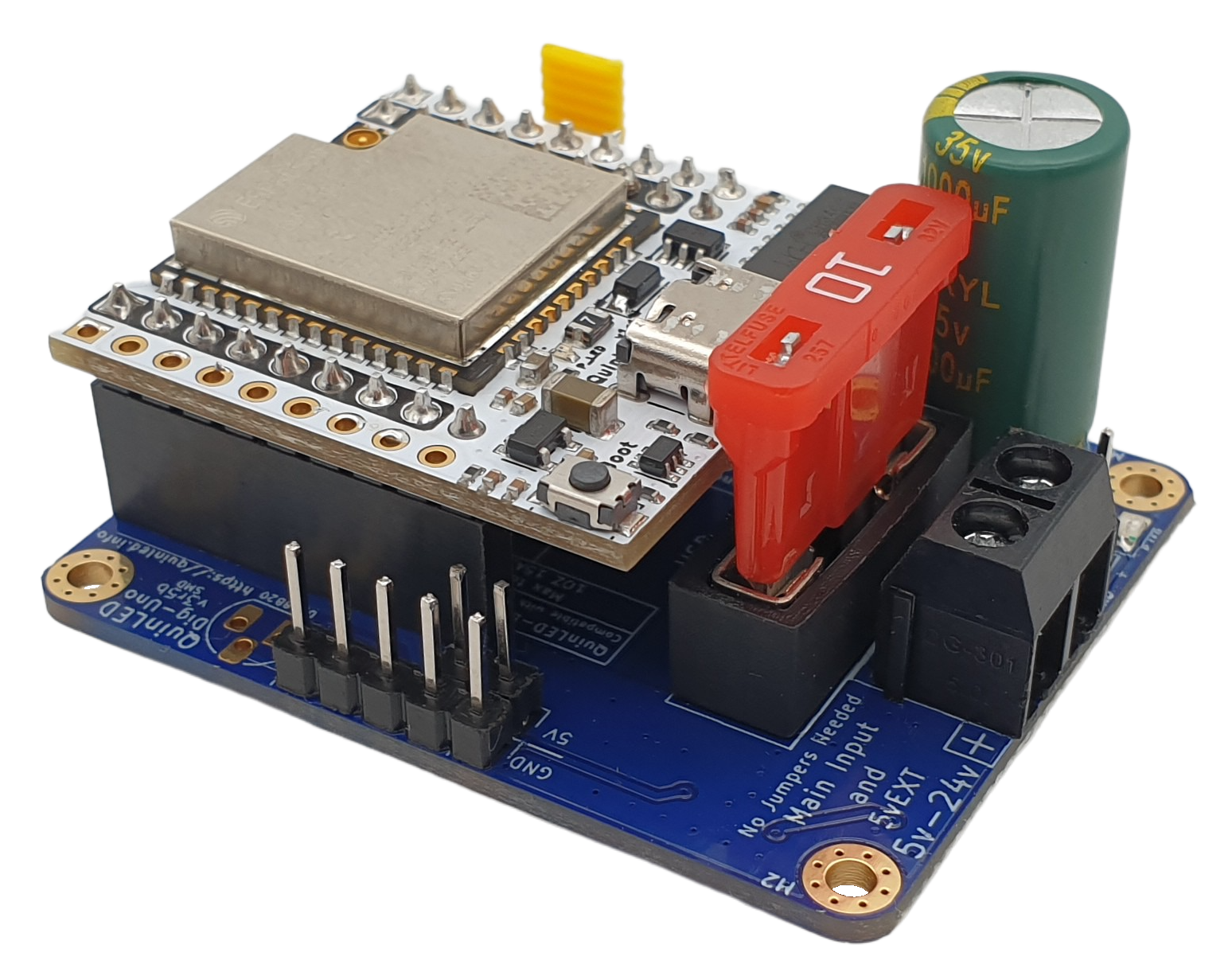 After you receive your board

This board still has deep roots in the DIY world, that also means it’s fully open to use as you wish! It comes pre-flashed with the excellent WLED 0.12.0 firmware!

Commercial products are often complicated or try to prevent you to flash your own software while with the QuinLED-Dig-Uno it’s meant for doing that! If you’d like to flash a newer version of WLED, check out the “Pre-Assembled QuinLED-Dig-Uno WLED manual” which will have a small guide (written and video) on how to set it up using WLED. But there is also nothing preventing you from running other software like ESPhome, Tasmota, ESPixelstick or even something you’ve programmed yourself! 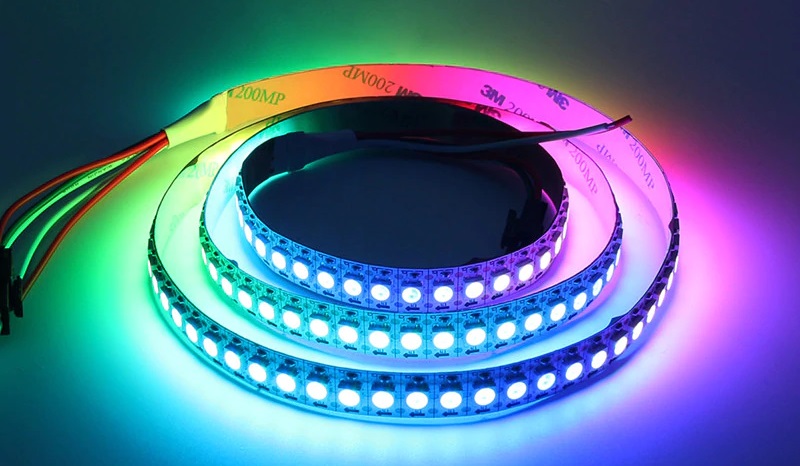 The advantage of buying pre-built is that you don’t have to buy all the separate components ordo any soldering yourself. That means it saves you the time and you don’t have to own the equipment either, it’s immediately ready to use with WLED on the board or you can flash it with the ESP32 USB port. The down side is that it is a bit more expensive per board. So if you are deciding between the two options, keep that in mind. If you are able to build them yourself and have the time available, that is still going to be cheaper but if you can’t or don’t have the time, I hope the pre-built version is at a good price point to still make them a good deal for those people! 🙂

*Since v3 the pre-assembled includes some unique features not available on the DIY variant, these are highlighted in purple at the top of the page!