WLED 0.12
What do I configure for QuinLED

WLED 0.12.0 was released today and with it comes full multi-channel LED strip support and in GUI configurable pinout! This makes it so that most users will never have to do a custom compile again and that any board configuration out there should be easily configured in the GUI! This is for the LED channels your board may have but also extra features such as a button, etc.!

But how does this work and what pins are needed for the various boards? This article will try and guide you through it so that you can get any QuinLED board (QuinLED-Dig-Uno, QuinLED-Dig-Quad | QuinLED-Quad, QuinLED-Deca) running with WLED easily and quickly!

p.s. This guide will be mainly focused on the QuinLED line of boards but should still also be generally applicable to other setups!

Quickly go to the section you are looking for!

Video(s) to go with article

I go through all steps of configuring using this article in this video, easy to follow along!

The first thing to choose if you have a board with Ethernet or without. To support this there are 2 different binaries you can download. But since the QuinLED-ESP32-ABE (Antenna Board Ethernet) isn’t out yet (coming soon!), I’ll do a dedicated article/video about that in the future.

For now we’re going to use the binary without Ethernet support added. There are no more firmware’s with pin names listed in them, you can find all the current binaries here: WLED Github . Please check in the WLED “info” screen if you are running a ESP8266 or ESP32 or make use of the overview below. 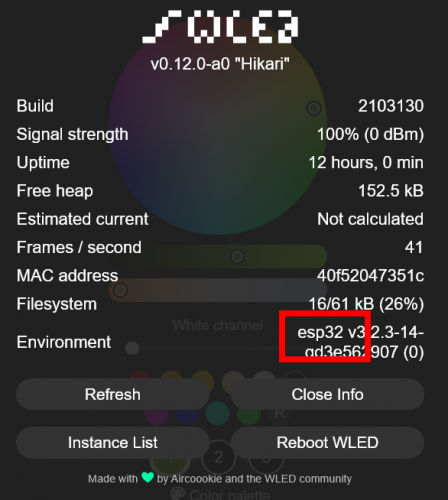 Board firmware you likely need

For any DIY Digitally Addressable board it’s whatever your paired up with it!

Currently below is “old” information (except for driver install), after installing drivers use https://install.wled.me in a Chrome browser to flash your ESP directly!

My preferred method of flashing boards is using ESPhome-Flasher since it’s easy to use, you can download that tool here. Alternative methods to flash the firmware can be found here. For ESPhome-flasher, after the download no install is needed, just start it after downloading!

Remove the ESP8266/ESP32 module from your QuinLED board and plug it into a USB port on your computer. Most often your computer will already have a driver for the USB-to-Serial chip used, if not, depending on the board it might be this one “CH340” or “CP2012“.

If all is correct and you’ve started ESPhome-Flasher with the ESP8266/ESP32 connected to your computer you should see the following screen and be able to select a serial port: 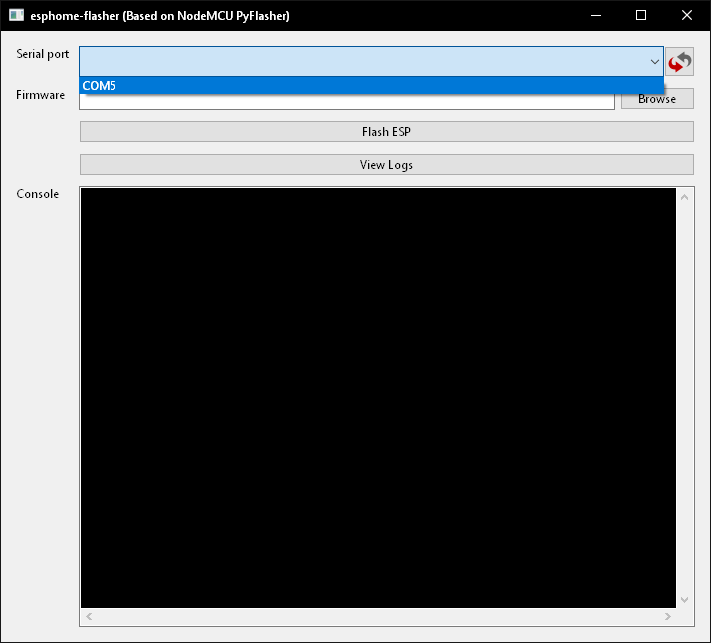 Browse to the firmware image you downloaded for your board (Either ESP8266 or ESP32) and then just hit flash! 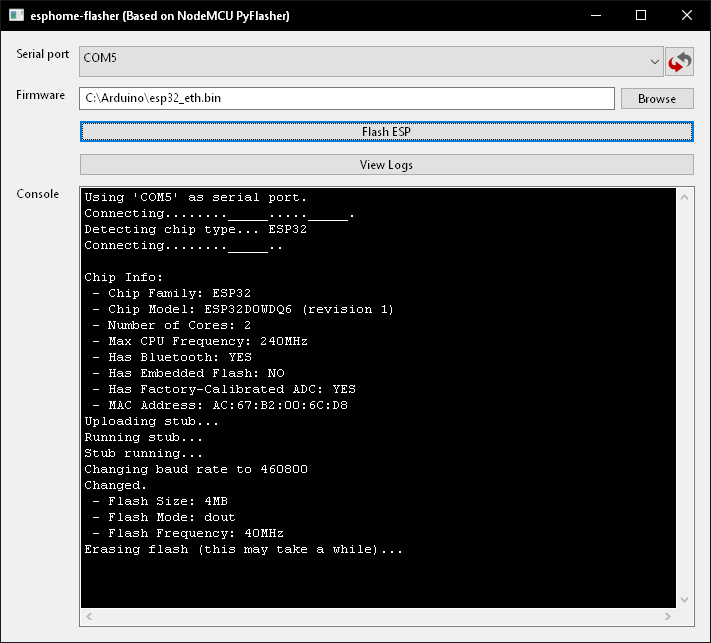 Flashing is progressing normally, you should see text move over the screen for a bit. 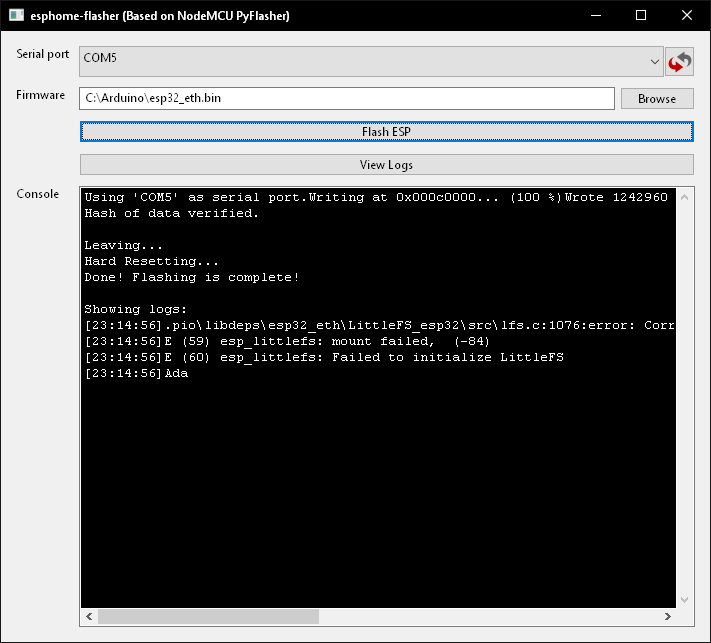 And flashing is done!

After this step, since all configuration data was erased, you will have to fill in your WiFi credentials again by joining the “WLED-AP” WiFi Network (password “wled1234”). If you’d like to see how to do that, please watch this part of this slightly older video:

p.s. Currently when using ESPhome-Flasher you will see a LittleFS error, the easiest fix to prevent this is still being investigated (not QuinLED related) but shouldn’t prevent WLED from operating normally.

2b. Flash using WLED OTA (Over The Air)

Open WLED either using the WLED mobile client or in a web page and go to “config”:

And there hit “choose file” and select the .BIN image you downloaded form the WLED Github, hit “Update!” and after a little while WLED should come back running the same version!

If you flashed WLED over USB it will come up with a completely default configuration, depending on the board and ESP combination you are running that means you might already see LEDs burning orange, or not. If you flashed using OTA most likely all settings where preserved and everything should function as you where used to before updating.

This guide is going to assume a “clean” install!

WARNING: Do not mix 5v and 12v LEDs on a single board!

How to configure LED pins

In the main interface go to the “config” menu and select “LED preferences”: 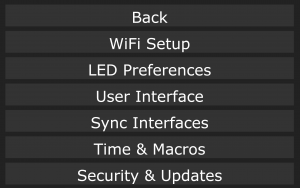 For now we’re only going to focus on this part: 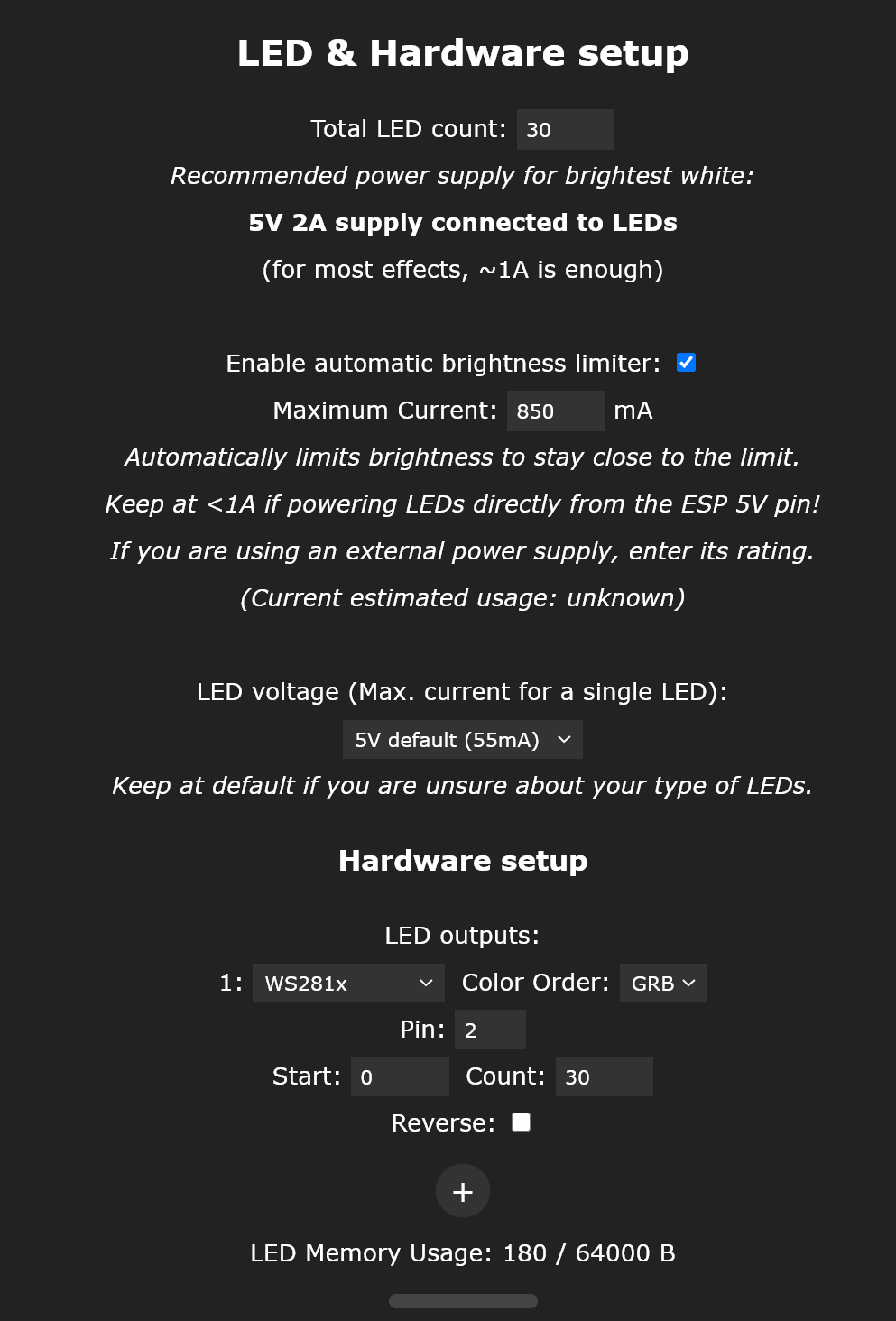 In the above image you can see the default which which are “30” “WS281x” LEDs configured on pin “2”. Also the brightness limiter is enabled, in the rest of my examples I’ll have it disabled to get a more compact screenshot, please use the configuration values suitable for your setup!

What pins do you need for your board?

The pins you need for your board and combination are listed on the “pinout” page per board, but below I will post a quick summary for the current digital boards too.

Check on the board which version you have to use the right pins!

If you are not (yet) running a QuinLED board, check here for general pin recommendations from the WLED wiki. 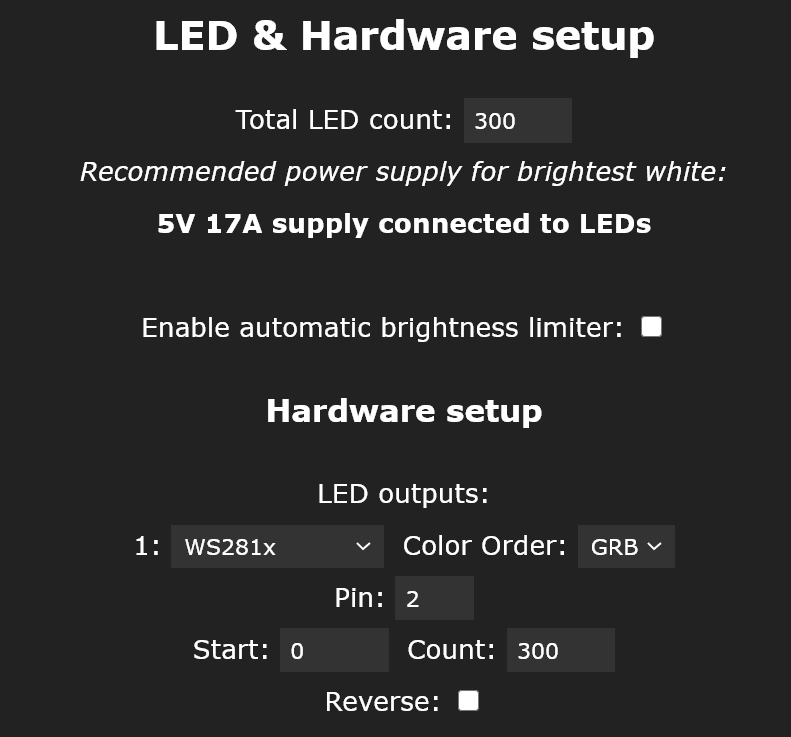 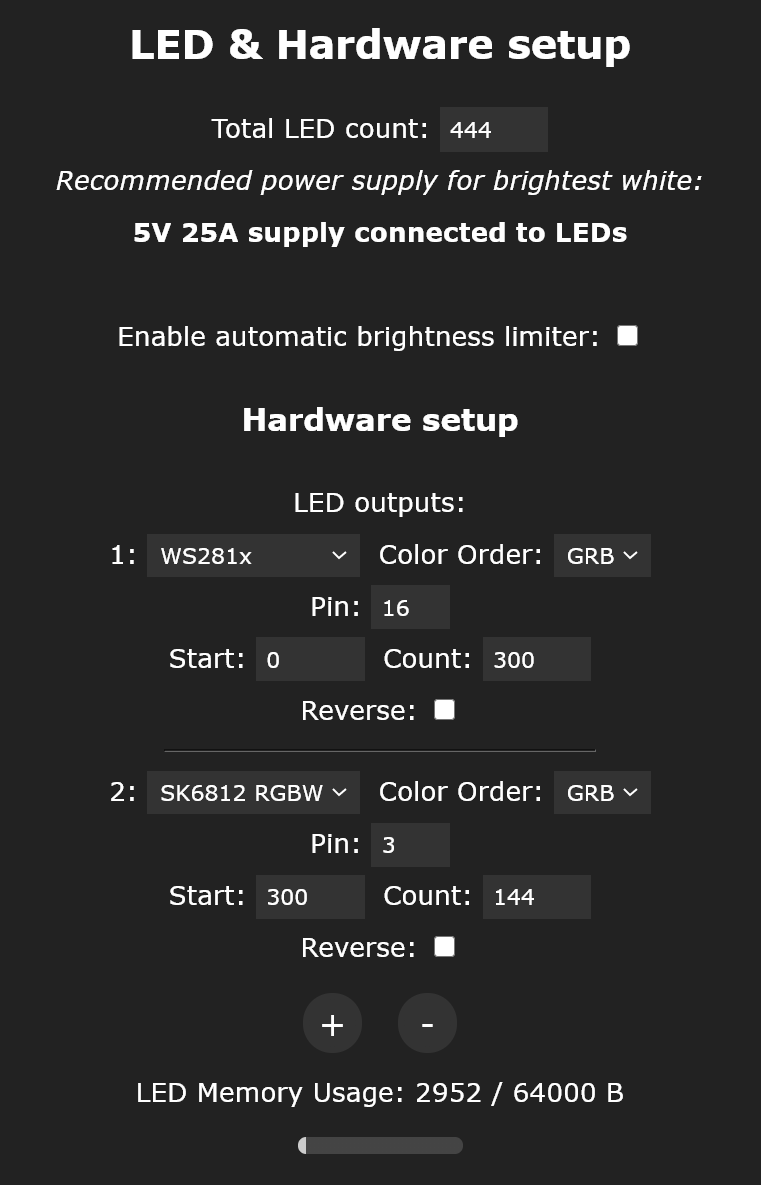 If you have a QuinLED-Dig-Quad v2 (the current version), please check out the pinout guide for the right pins!

With the above steps you should be able to get a, configured completely from scratch, QuinLED board up and running with the new WLED 0.12.0 version!

Of course this article doesn’t cover everything, for instance, all “extra” pins can now also be configured from the GUI like seen here:

Please look up your board and configuration in the pinout guide for that board and version and you should be able to find the pins you need to set pretty quickly!

Another option I haven’t highlighted is how to configure WLED to run on one of my Analog boards. It’s pretty simple, select the Analog mode from the drop down menu and configure it again according to the pinout guide, here is an example of a RGBW strip on a QuinLED-Quad (not Dig, the Analog Quad!):

If you have any more questions, the Discord server is the best place to ask!