Recently people have begun putting up their Christmas lights and props out in the garden and a lot of you have started to use a QuinLED-Dig-Uno or QuinLED-Dig-Quad for that, which is awesome!

But in some of those cases range with the built-in PCB antenna of the ESP8266 or ESP32 can be lacking. For the ESP8266 there was already an easy board to get to be able to use an external antenna called the “D1 Mini Pro” but some people running E1.31 have benefit from the extra resources an ESP32 offers, or if you want to run multi-channel, you also want to move to an ESP32!

I had speculated that since most D1 mini ESP32 boards use a WROOM module on it, it might be possible to just replace that one with an external antenna version, but that would require a hot air station and some careful soldering so I never proposed that solution.

Recently though I found a board called the “TTGO T7 v1.3 ESP32” which seemed to be the right form factor and offer the external antenna option! I ordered a few and tested them out, and after modifying it to use the external antenna, it works great in combination with the QuinLED-Dig series boards! 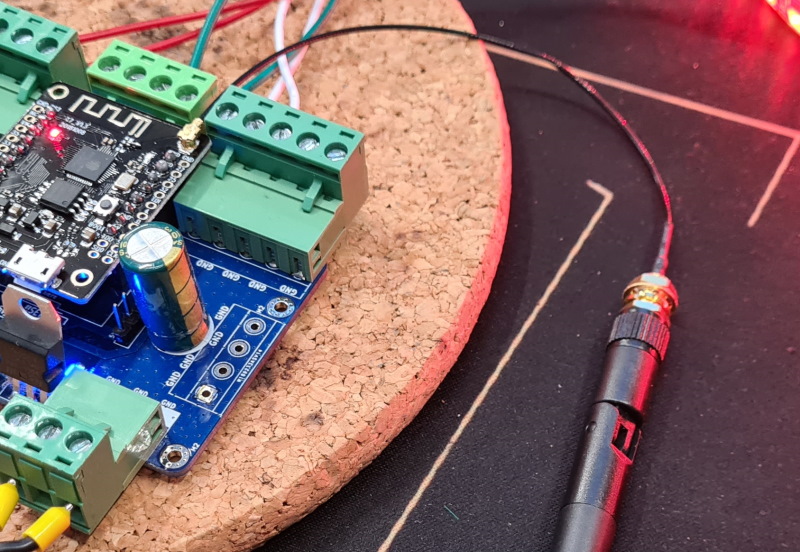 Since this board is almost the same form factor but has very different markings on top it can be confusing to determine which pins to solder.

Step 1: Snip off 2x pins for each male pin row

Like shown in the below example picture! We want 2 rows of 8 pins. 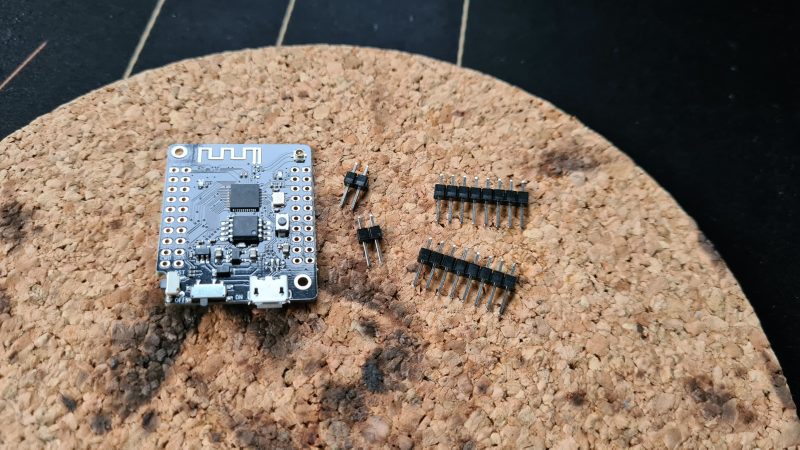 First line them up, if you used a 10 pin header instead of an 8 pin, please use the pins closest to the where the USB connector of the board goes (the side of the input terminals) 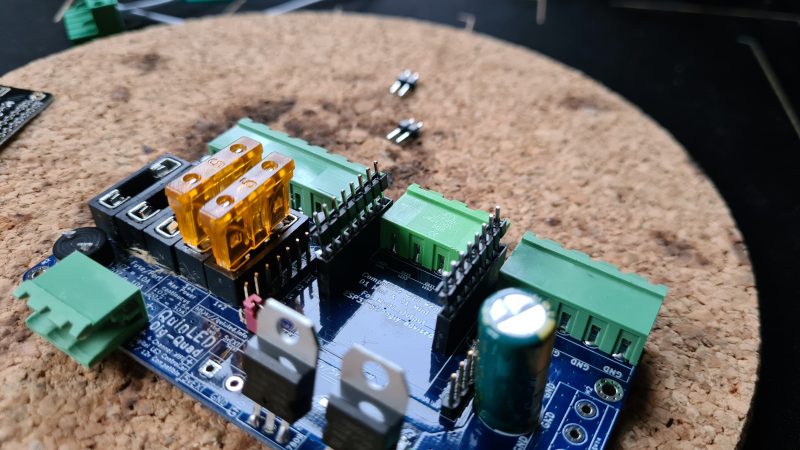 After fitting them, press them into the female header 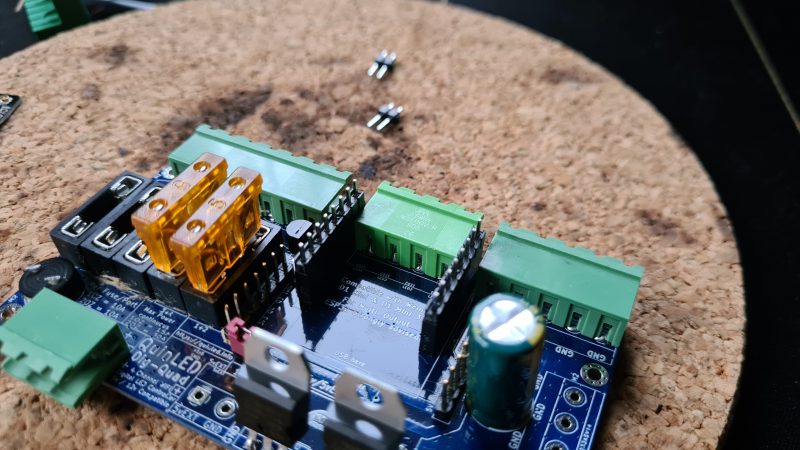 Double check alignment of the pins is the same as on the below picture! 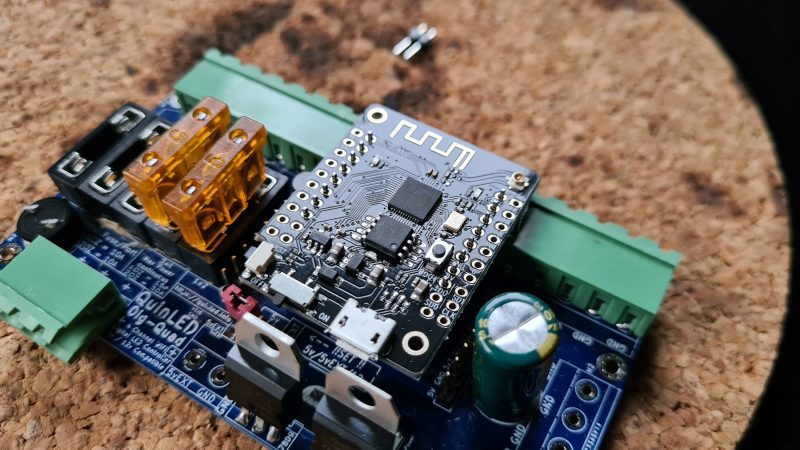 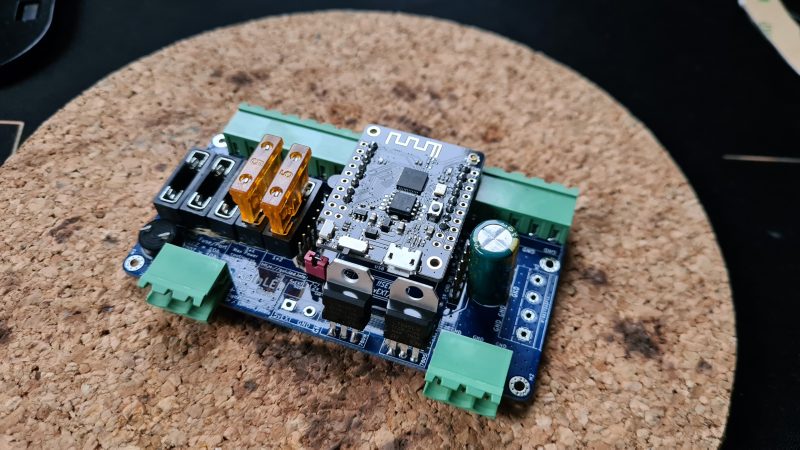 Once soldering is completed, test to see if everything works correctly with this ESP32. Once it does you can move on!

By default the board gets delivered with a 0Ohm resistor connected from the ESP32 to the internal antenna. To make the board use the external antenna this antenna needs to get moved.

This is a bit of a tedious process and I really recommend using a hot air station to do this. I tried it with an iron and although I was able to get it to work in the end, the used resistor size is REALLY tiny and not fun to do. Hot air makes it a lot easier process!

The picture below is the original position 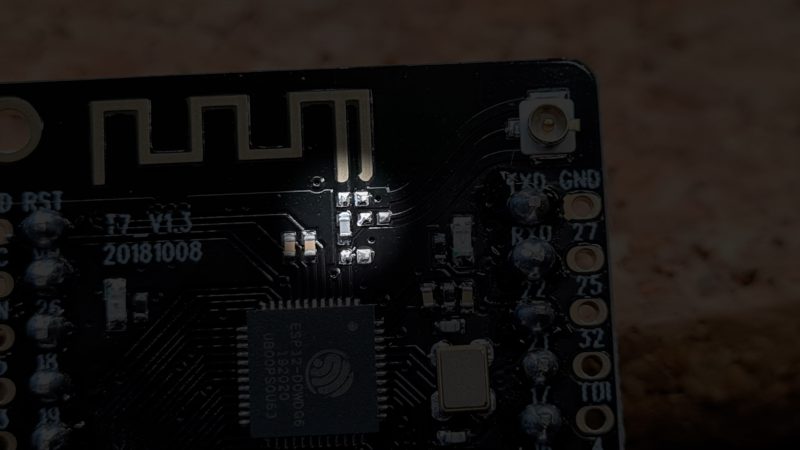 During my soldering the 0Ohm resistor flipped out of my tweezers never to be seen again…. so I replaced it with a tiny piece of wire, results where fine so it’s really just a bridge that needs to be created. The end result looked like this: 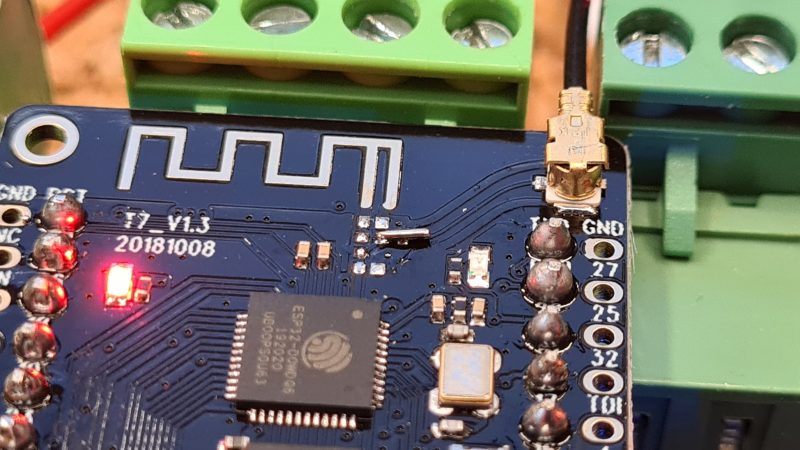 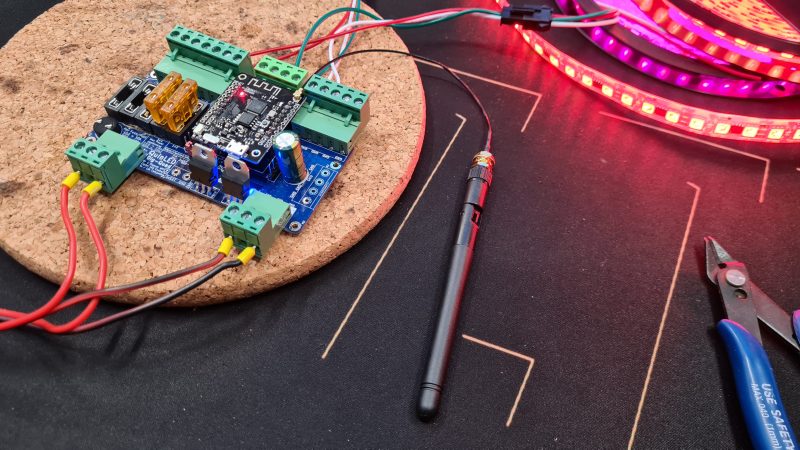 I have 5 Access Points in and around the house so I don’t really have a spot where I have a bad signal. But moving the antenna around a bit I was able to snag this screenshot of WLED reporting 100% signal quality! I’ve never seen that before so it’s definitely and the connection was perfect! I have no doubt this will increase range vs the built-in PCB antenna in longer range scenarios.

This is also a great solution if you want to build the controller into a cabinet/box which has metal as the casing material, this way you can still use a WiFi connection with the antenna mounted on the outside of the enclosure!

Below are affiliate links to buy both type of boards, going through these links really helps me out! 🙂

(Not all versions come with an antenna, make sure to check and order separate if needed!)